MUDEM brought together the award-winning film “Guest” and the “Migration Through the Lenses of Refugee Women” exhibition with art lovers. 06 January 2022, 00:13 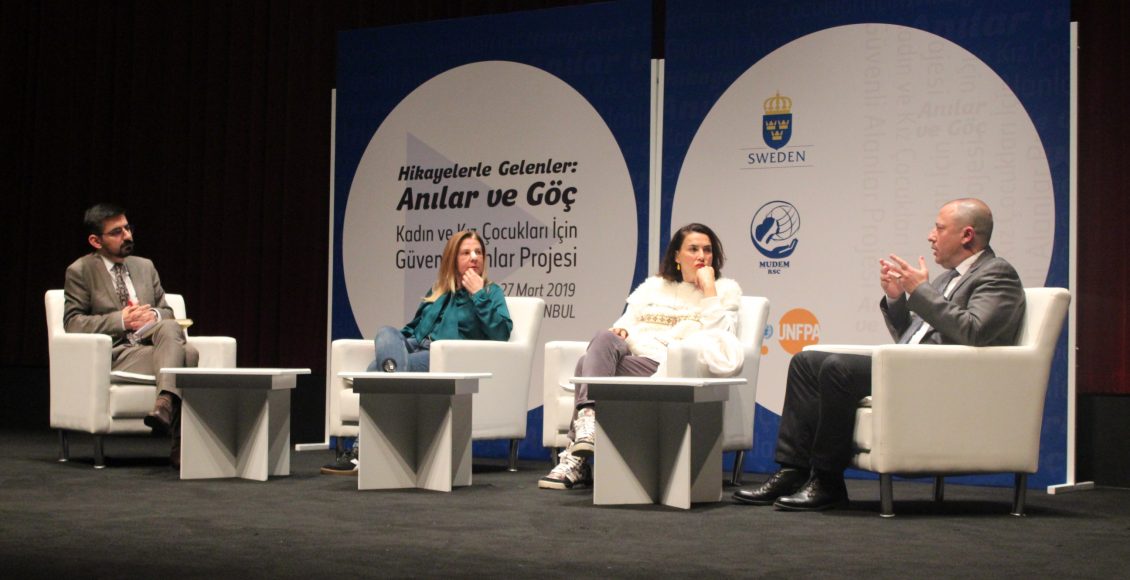 Refugee Support Association (MUDEM) brought together the film "Guest", directed by Andaç Haznedarolu and starring Saba Mubarak and Şebnem Dönmez, which tells a road story about refugees, with art lovers in Istanbul. In this special screening held at Grand Pera (former Emek Cinema), the director of the film, Andaç Haznedaroğlu, and the actress Şebnem Dönmez shared with the audience what they were wondering about the movie.

Before the film screening, an exhibition consisting of photographs taken by refugee women who received photography training for a month was also presented to the participants.

MUDEM brought together art lovers from Istanbul at the Grand Pera (former Emek Cinema) with the special screening of the film "Guest", organized as part of the "Safe Space for Women and Girls" project, implemented in partnership with the Ministry of Health of the Republic of Turkey and the United Nations Population Fund (UNFPA). . After this special screening at Istanbul Grand Pera (former Emek Cinema), a conversation was held with the participation of the director of the film, Andaç Haznedaroğlu, actress Şebnem Dönmez, UNFPA Communication Officer Çelik Özüduru, and MUDEM General Coordinator Safa Karataş. The film, which tells the story of a little girl who lost her family in the war in Syria, won important awards in many domestic and foreign festivals such as Antalya Film Festival and Bosphorus Film Festival.

Migration through the eyes of refugee women

"Migration Through the Lenses of Refugee Women", which consists of photographs taken by the beneficiaries of MUDEM before the film screening, met with the participants before the film. Refugee women, who received photography training for a month, presented the objects they brought with them when they came from Syria and the photographs of Istanbul they took from their own perspectives. Ten women refugees shared the stories and feelings of the fifty photographs they took with the participants.