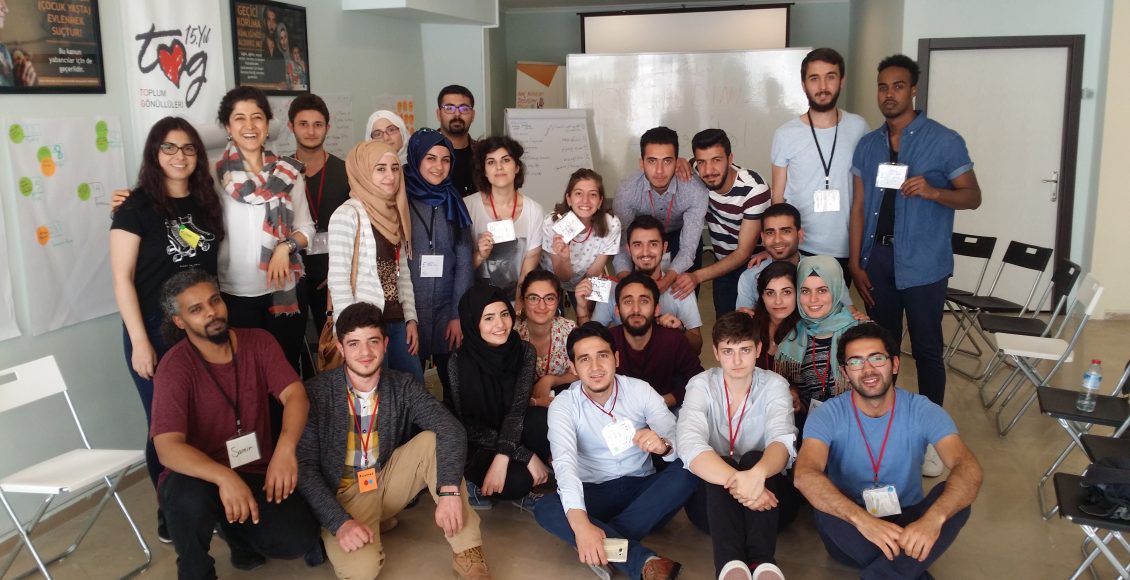 Youth Sharing Project was carried out within the scope of the United Nations High Commissioner for Refugees (UNHCR) Youth Initiative Fund 2017, with the support of ASAM and TOG. The project, which aims to bring together ten refugees and ten Turkish youth, is planned in three phases.

At the first meeting held at the beginning of June, the young participants met each other and decided on seven topics they wanted to discuss throughout the project. Young participants were given training on various topics such as advocacy, intercultural learning, conflict management, communication and presentation skills as part of the five-day "Summer Camp" program held in Kızılcahamam at the end of September. Thus, the participants, who had the opportunity to develop themselves, also had the chance to apply what they learned in the Summer Camp in the discussion sessions they organized during the project. After the discussion sessions, the young participants, who examined the topics they determined as priority problems in more detail, presented their findings and solution suggestions to the representatives of relevant institutions and organizations at the Stakeholder Meeting held at the end of the project.

Syrian, Iraqi and Turkish youth, who actively participated in the Youth Sharing Initiative Project, improved their organizational skills, and also met with actors working in the field and discussed their project ideas. The weekly sessions, the meetings held for the planning of these sessions, and the social activities organized by the young people in the project, which lasted for about seven months with the active participation of young people, ensured the formation of social cohesion among the participating group, and this contributed to each participant's becoming an advocate in their own environment/influence.